Looking back, it seems clear that the global COVID-19 pandemic spent the better part of 2020 wreaking havoc on both our health and on our ability to plan. Every profession has seen unanticipated “firsts” as a result of the pandemic. In the world of college counseling, one huge change came as a result of the rising tide of campus closings in schools across the country which ultimately left no venues in which nationally standardized tests could be administered. The two major exams that typically figure prominently in the plans of college-bound high school students, the ACT and the SAT, were suddenly among the long list of experiences that had been “COVID-canceled” because there was no place to administer the tests.

Students who had been gearing up to take either the SAT or the ACT were thwarted at every turn as rolling cancellations made accessing the tests impossible. At Rutgers Prep, just as at other schools all over the country, the word of testing unavailability spread quickly, engendering stress and uncertainty.

Rutgers Prep Co-Director of College Counseling Sherry Riggi reflected on that time: "There is so much happening for juniors in the spring around the college process. Testing has always been a main component. Students had been preparing for these tests for months prior, so the fact that they were unable to sit for the exams raised anxiety. New questions arose: What are my chances of being accepted if I can't take an exam? We knew we needed to develop a plan to support our students during this overwhelming time."

With supporting our students a consistent top priority, the Rutgers Prep College Counseling team dedicated significant time and energy to finding a way to enable every member of the RPS Class of 2021 to have at least one exam score. In a typical year, Rutgers Prep would not qualify as an exam site because our facilities do not offer the capacity to host hundreds of students on a test day. During the pandemic, the college counseling team pushed both the ACT and SAT organizations to permit Rutgers Prep to offer a tightly controlled, school-specific administration of each test, solely for Rutgers Prep students, which we successfully held once we were permitted to return to campus.

College admissions offices gradually came to the realization that they couldn’t continue to require standardized testing results as a part of their review if the tests were simply not available to their would-be applicants. Over the course of the spring of 2020, the list of colleges waiving their testing requirements grew on what felt like a daily basis; by June, even the most selective colleges in the country had set aside their testing requirements in advance of the upcoming admissions season.

The number of colleges moving towards a test-optional review of application had actually been steadily growing for years before the pandemic. Colleges have become increasingly concerned that an over-reliance on standardized testing may lead them to “miss” students who would otherwise have represented a great fit for their school. The adoption of a well-executed test-optional admission policy can lead to an increase in overall applications as well as an increase in the representation of underrepresented students in both the school’s applicant pool and their freshman class.

Still, a culture of hesitancy around the idea of test-optional admissions review has persisted. Hesitancy on the part of the colleges in some cases reflected their belief that the tests were still providing them with valuable information about their applicants. Hesitancy on the part of students often reflected their uncertainty about whether they could trust in the policies as advertised.

At Rutgers Prep, College Counselors work with between only 30-35 students in order to most effectively create a full, robust, and detailed individualized college admissions profile for each student. “As we worked with our counselees individually, we slowly began to see a shift,” RPS Co-Director of College Counseling Shelley Krause remembered. “Students started out worried that not submitting test scores would have a negative impact on how their applications would be reviewed. We attended webinars with admissions deans so that we could provide specific reassurance in response to student concerns, and we made sure students had an opportunity to have at least one ‘real’ test, which helped them move on from that understandable initial place of anxiety about what would happen if they couldn’t take a test at all. Moving forward, we were able to support students developing an understanding of how new test-optional policies could represent a unique opportunity for them.”

As colleges, counselors, and students all adjusted to the new reality, Rutgers Prep’s College Counseling Team began to experience the sudden proliferation of test-optional colleges as a classic silver lining. Now, with little to no warning, we were suddenly in the midst of a dramatic shift in the direction of student agency in the process. And because of our individualized approach for our students, we were prepared for this shift.

RPS Associate Director of College Counseling Rhiannon Schade shared, “With nearly all US colleges deciding to review applications with or without standardized test scores, we were able to develop an individualized strategy with each of the students we worked with. For students who had taken the SAT or ACT at least once, we had the flexibility to review their score, the historic score range of admitted applicants at each of the colleges on that student’s list, and the student’s academic record to make an informed decision about whether or not sharing the score would strengthen each of their applications. This approach served our students well; in numerous cases, students felt empowered to apply to schools whose score ranges would have discouraged them from doing so in previous years.”

The good news continued as Rutgers Prep seniors began receiving their admissions decisions. Some selective colleges received record-breaking numbers of applications this year, which helped to create a decision season that was even harder to predict than usual. In multiple cases, though, Rutgers Prep’s careful “student-by-student, application-by-application” strategic overview helped students receive offers of admission from schools where they had mindfully decided to not share their scores. NYU, for example, received over 100,000 applications from students seeking admission this past year; several of the Rutgers Prep graduates who will be attending there in the fall did not include test scores as a part of their application. The popular Common Application platform reported that this year, for the first time in its history, more students applied without submitting test scores than with submitted scores. At Rutgers Prep, a full 90% of the graduating class made the decision to apply to at least one of their schools on a test-optional basis. 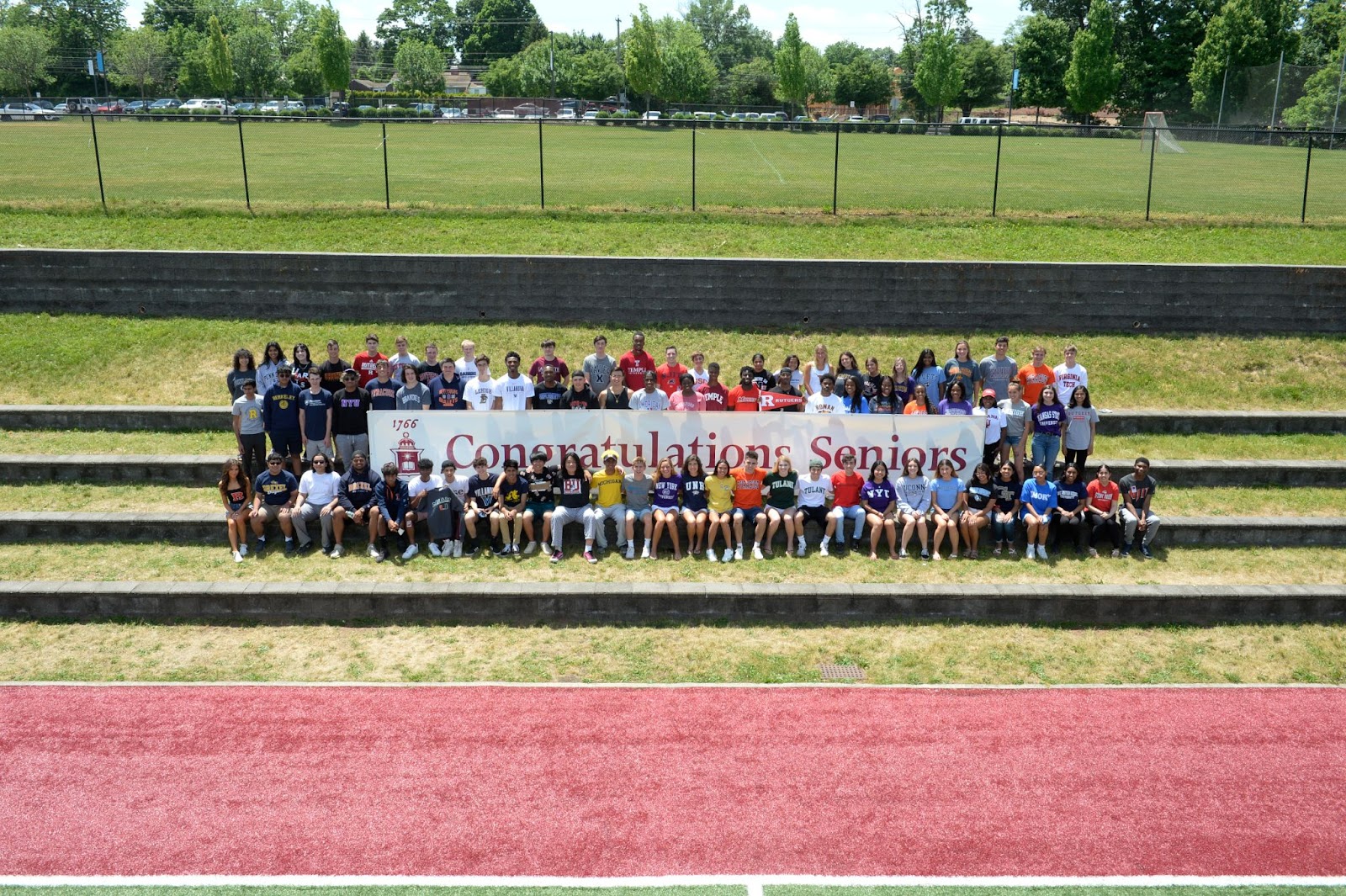 We don’t know yet what the future will hold for the Class of 2022, as not all colleges have determined whether they will continue to invite test-optional applications. But having successfully navigated the unprecedented and unpredictable admissions season of 2021, the Rutgers Prep College Counseling Team looks forward to supporting our new seniors with confidence in our strategic approach. We will continue to encourage students to take full advantage of more holistic admissions review practices with the help of highly individualized counseling and advice, and we know that they’ll be ready to handle any challenges that come their way.