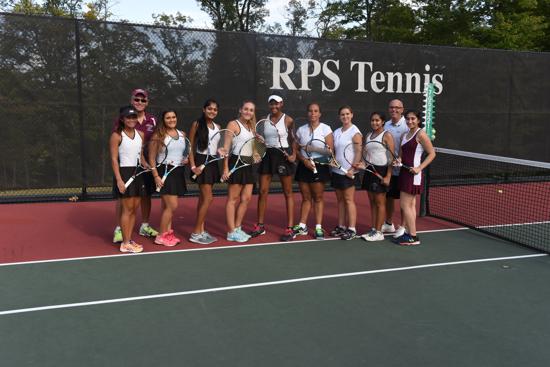 Over the last two seasons, tennis at Rutgers Prep has enjoyed both team and individual success. The Boys Team won Prep B State Team Championship in the spring of 2015 and Senior Jessica Pil embodied the school’s core value of perseverance, winning the Prep B State Championship in First Singles in the fall of 2016.

The tennis program provides opportunities for participation at all levels. Beginners learn the basics of the game in practice games and guided practice. Intermediate players develop skills and play in competitive in JV matches for practice and experience. Varsity players compete in matches several times a week and focus on advanced tennis strategies.

The Girls Team begins a rigorous preseason in the middle of August which focuses on fitness, drills, and competitive games. The Boys Team has traditionally started with a trip to Hilton Head to train at the world famous Van Der Meer Tennis Academy in mid-March.

Both Boys’ and Girls’ Tennis are coached by Stephen Mitchell and Gary Miller. For more information, please contact Mitchell@rutgersprep.org