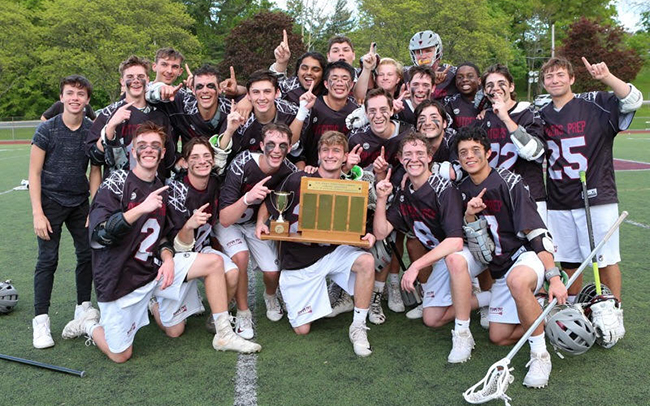 Rutgers Prep lacrosse has a strong tradition of winning. In the past 10 years the program has been to 9 Prep B finals, captured 3 Prep B titles, and won a state title in 2013.

The culture of Rutgers Prep lacrosse is built around “Freedom through Discipline” and an understanding that the work we put in today will be the joy we experience tomorrow. The team embraces Fleet Mentality where “rowing” together is the best way for all to succeed. Consistent with the school, the Rutgers Prep lacrosse team teaches the whole person; mind, body, and spirit. Better people make a better fleet!

Coach Ryan Klipstein is in his 4th year as head lacrosse coach at Rutgers Prep School. Klipstein is a former alum of RPS where he set the school scoring record and was ranked 7th all time in the state of NJ for points by the time he graduated in 2007. Coach Klipstein went on to play at Bucknell University where he was an all-league player and captained the 2011 team which won its first and only Patriot League title. Klipstein then went on to college coaching where he worked with the offense, face off unit, and goalies at Williams College, The University of Pennsylvania, and Holy Cross College.

Coach Klipstein is joined by his father and class of ’81 alum, David Klipstein. Coach David Klipstein is in his 17th year with the program where he has lead the proud Argonaut defense. Accolades include All State Assistant Coach of the Year in 2013, and Conference Assistant Coach of the Year 3 times. Klipstein’s defense has touted a Goals Against average below 7 in 15 out of his 20 years at RPS.